One option being considered by West Lothian Council (WLC) as they set their budget for the next budget cycle is to remove the subsidies for bus services throughout West Lothian. Neither the L1 Linlithgow town service or the 31 service to Bathgate and Livingston are commercially viable as operated today, and so if the subsidy is withdrawn then Linlithgow will lose these vital services.

The L1 service is used by many Linlithgow residents, young and old, to get around the town, to attend the GP Surgery, the Library, the Leisure Centre, Community venues and classes, High Street shops, and many more. For some older people this bus is their only means of attending many of the functions and facilities within the town. 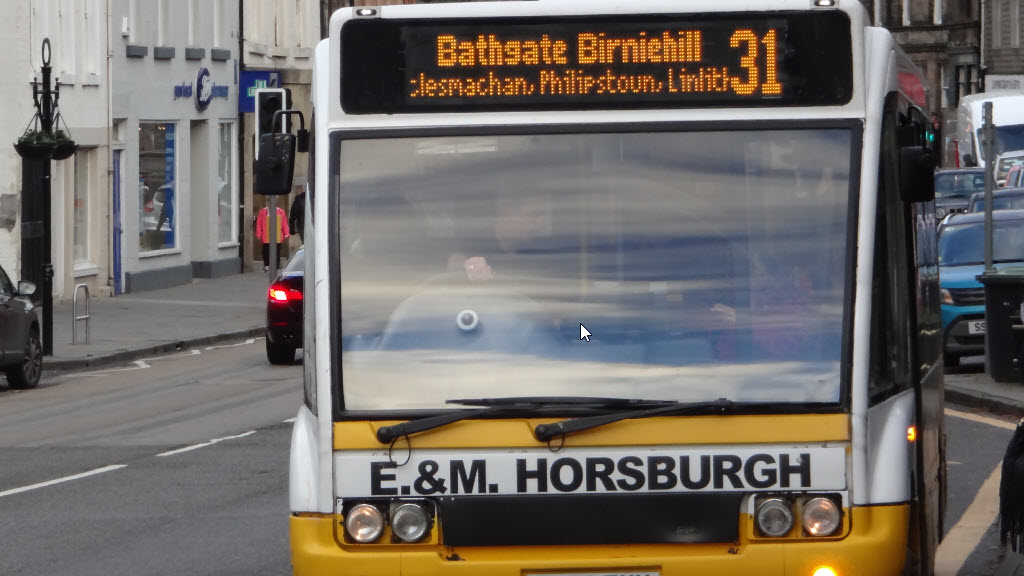 Linlithgow can feel somewhat isolated from the rest of West Lothian, and the 31 bus is one vital service that helps connect Linlithgow with the rest of West Lothian. As WLC states in its own consultation document (Transforming Your Council) “A public transport review is proposed to focus on connecting communities and businesses ……..” and Linlithgow and Linlithgow Bridge Community Council (LLBCC) agrees with that need to focus on connecting communities. Many rely on this bus to travel to Bathgate and Livingston shopping centre and to attend St John’s hospital. It is the only service available for those in the villages and outskirts of Linlithgow to connect with Linlithgow station at times for the daily commute.

It would be wrong to suggest that WLC has already made a decision with respect to bus subsidies; the councillors don’t vote on the budget proposals until February, however in its recent consultation document, WLC identified a saving of £3.9m by way of “Reprioritsed Passenger Transport Strategy” and this is a saving that is under serious consideration.

LLBCC is running a campaign to save these two routes. We have launched a petition and during three hours at Linlithgow Cross over the past two Saturdays we have collected 500 signatures. Combined with the on-line campaign we are approaching 1000 notices of support. In addition to the petition we are planning to ride the buses on Tuesday 30th January when we will speak to users of the services and record their stories. On the same day we will hold a drop in session at Cameron’s cafe from 4pm to 7pm to collect more signatures and user stories from some of you who use these buses

LLBCC encourage you to get involved by collecting signatures from family and friends who’ve not already signed. The on-line petition is below: